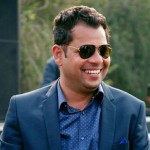 Consider buying a composite ticket (Indian/foreigner/foreign student ₹50/300/150), which gives you entry to Amber Fort, Central Museum, Jantar Mantar, Hawa Mahal and Narhargarh, and is valid for two days from time of purchase.

The Old City (known as the Pink City by some) is partially encircled by a crenellated wall punctuated at intervals by grand gateways. The major gates are Chandpol (pol means ‘gate’), Ajmeri Gate and Sanganeri Gate. Avenues divide the Old City into neat rectangles, each specialising in certain crafts, as ordained in the ancient Hindu texts Shilpa-Shastra. The main bazaars in
the Old City include Johari Bazaar, Tripolia Bazaar, Bapu Bazaar and Chandpol Bazaar.

(Indian/foreigner incl camera ₹75/300, video camera ₹200, audio guide ₹80, human guide from ₹300, Chandra Mahal tour ₹2500; h9.30am-5pm) A complex of courtyards, gardens and buildings, the impressive City Palace is right in the centre of the Old City. The outer wall was built by Jai Singh, but within it the palace has been enlarged and adapted over the centuries. Despite the gradual development, the whole is a striking blend of Rajasthani and Mughal architecture. The price of admission also gets you in to Jaigarh Fort (the fort above Amber Fort, 10km from town), a deal that is valid for two days.¨

Set between the Armoury and the Diwan-iAm art gallery is an open courtyard known in Sanskrit as Sarvatobhadra. At its centre is a pink-and-white, marble-paved gallery that was used as the Diwan-i-Khas (Hall of Private Audience), where the maharajas would consult their ministers. Here you can see two enormous silver vessels, 1.6m tall and reputedly the largest silver objects in the world; Maharaja Madho Singh II, as a devout Hindu, used these vessels to take holy Ganges water to England.¨

Within the lavish Diwan-i-Am (Hall of Public Audience) is an art gallery. Exhibits include a copy of the entire Bhagavad Gita handwritten in tiny script, and miniature copies of other holy Hindu scriptures, which were small enough to be easily hidden in the event that Mughal zealot Aurangzeb tried to destroy the sacred texts.¨

The Anand Mahal Sileg Khana – the Maharani’s Palace – houses the Armoury, which has one of the best collections of weapons in the country. Many of the ceremonial weapons are elegantly engraved and inlaid, belying their grisly purpose.¨

Located towards the palace’s inner courtyard is Pitam Niwas Chowk, with four glorious gates that represent the seasons. The Peacock Gate depicts autumn, with zigzagging patterns and peacock motifs – around the doorway are five beautiful repeated peacock bas reliefs in all their feathered glory. Beyond this chowk (square) is the private palace, the Chandra Mahal, which is still the residence of the descendants of the royal family and where you can take a 45-minute guided tour (₹2500) of select areas.

(Indian/foreigner ₹40/200, audio guide ₹150, human guide ₹200; h9am-4.30pm) Adjacent to the City Palace is Jantar Mantar, an observatory begun by Jai Singh in 1728 that resembles a collection of bizarre sculptures. The name is derived from the Sanskrit yanta mantr, meaning ‘instrument of calculation’, and in 2010 it was added to India’s list of Unesco World Heritage Sites. Jai Singh liked astronomy even more than he liked war and town planning. Before constructing the observatory he sent scholars abroad to study foreign constructs. He built five observatories in total, and this is the largest and best preserved (it was restored in 1901). Others are in Delhi, Varanasi and Ujjain. No traces of the fifth, the Mathura observatory, remain

Are you looking for something in our DJ & VJ Equipment store